Raising the Standard of Dentistry

The organization known as the Winnipeg Dental Society (WDS), is governed by a constitution and a code of ethics. The constitution was adopted February 9th, 1956.

The code of ethics is identical to that of the Canadian Dental Association. A copy of the constitution is available for download here (PDF format).

The mission statement of the WDS is to raise the standard of dental science, practice, art and literature, and to promote among dentists mutual improvements and good fellowship. 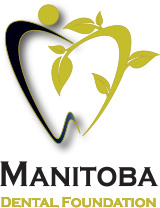 Donate to the the Manitoba Dental Foundation

The Manitoba Dental Foundation is the charity of choice for the Winnipeg Dental Society.

The series of 5 lectures will be available to members starting:

*For Non-WDS Members: $300 plus GST
*For Dental Assistants, Dental Hygienist: $50 plus GST

For Non-WDS members, click on register on the individual lecture page to pay for the lecture, get access to the information & confirm registration